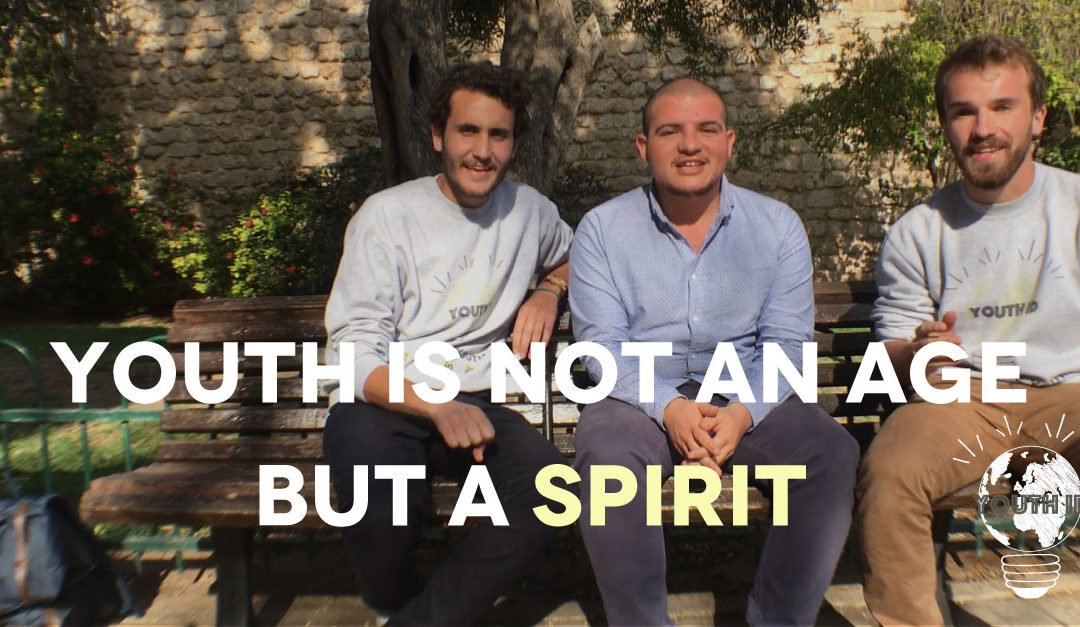 Yoel Zirah was about to explain “how people should see youth not as an age but a spirit, a state of mind?”. So now, his answer:

The solution in general has to come not from media, politics or education but from inside. We just need to coach young people, to tell them that they should not wait for someone to say that they are good and that they can get to higher position. It is the spirit in some countries like United States, Canada or Israel. In Tel Aviv you need to grab what you want not to ask!”

What is Yoel Zirah’s life path to have this conclusion? Let’s discover it together

Always challenge what you learnt

Before being co-founder of Zabilo, what some media called “Amazon’s Israeli little brother”, Yoel Zirah was living in France until 19. It is only after high school that he decided to come in Israel. Why? Simply for answers! He wanted to challenge what he was learning during all his childhood. He was always in Jewish school where he learnt some values as discipline and hard-working.

However, he was feeling the social pressure. Due to norms, they were only one way of thinking. It was the rational rather the risky one. The model of success was liberal professions like lawyers, doctors, notaries … So when he decided to go during one year in Israel just to challenge what he learnt, he was like “an UFO” in its class. Still today some people ask him why he did this choice? 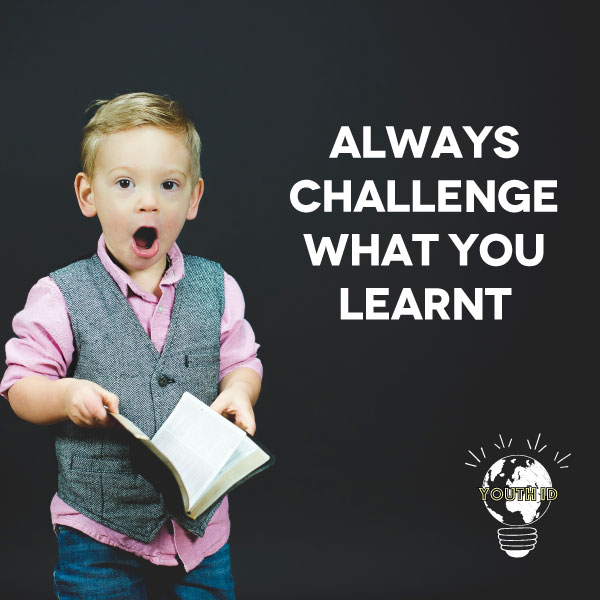 “Some people need to go out of their comfort zone”

He wanted to go out of his comfort zone. He likes to see entrepreneur as a life philosophy. Of course he can understand that other people do not have the same need, particularly in France. Indeed, for him, our culture teach us “stability and order”, he illustrated it through the national literacy treasure, Candide “il faut cultiver notre jardin”. Develop yourself but in your place, you do not need movement, you can do it from where you are. It is nice but not for entrepreneurs who need change.

Many people said to him, “you are unconscious, you are going to a place you don’t know? Or doing something you do not know?”. He was answering them, “on the contrary, I am fully conscious, the unknown is great “. That is why you can be entrepreneur everywhere, whatever your job. You just have to define your objective and innovative techniques to fulfill it. For that you just need to know “what surround you”.

His entrepreneurship success was impossible without his gap year in Israel to understand cultures, norms, languages. It is necessary to fully integrate yourself in the society and even more if you want to do business. In every experiences there is a time to slow down and look around you. “As a driver, you have a time for looking into your rear-view mirror and one for the road, and you have to do them in order to drive carefully”.

It is the same with success, synchronization of learning moments and action ones is fundamental. 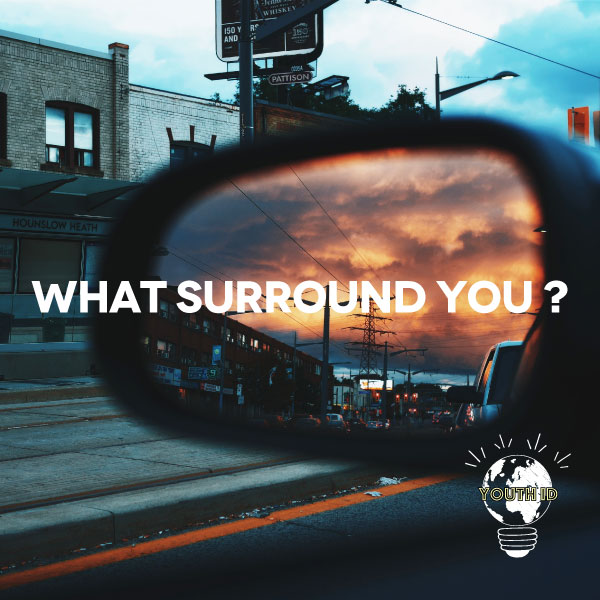 Even if he was interested by entrepreneurship, he thinks that Israel encouraged him to pursue this voice. And he is not the only one in Tel Aviv. With huge successes created in this multicultural city like Paypal, Waze, Fiveer… many define Israel as “a startup nation”. People here are not looking for stability and safety because they cannot have them. “People are not looking for risk, it is already in their life. It is almost cultural”. That is why they grew in “chifsour” philosophy: try to handle and create what you do not have.

A philosophy present in their education too. Knowing that when you turn 18, you will endure 3 years military service. Hence your childhood and your parents education are focused on enjoying moment fearing the worst case. And then in higher education, they can choose what they want in minors next to their main class. For him, being in communication degree then consulting master was compatible with small classes on “how to create an app” or “psychology classes”. And all that whatever your age, indeed people here are studying even when they are adult, an ongoing learning process. This intergenerational class was useful for him to learn how to work or even manage people older than you. 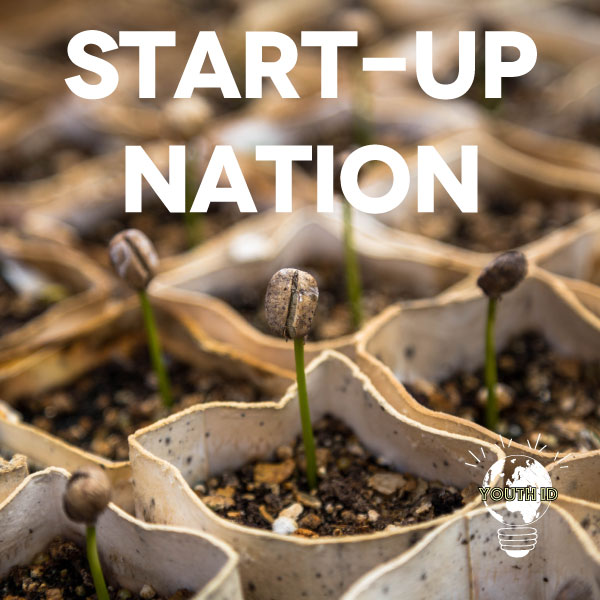 Young is not an age in Israel

In Israel you are young longer than in France. Because people do not know what future they will have, they do not hesitate to change of life. A survival mindset rules by “carpe diem” spirit is here in Tel Aviv.

“Youth is an art and there is no age to be artist” O. Wilde.

Even if the life is crazy expensive, people are spending money. They do not see the point to save money when you do not know if a stable future is waiting for you. But also because many people believe in the “unicorns”! Not the animal but the successful story of start uppers who won millions. They all have around us one story of one guy who became millionaires. So they not consider themselves “poor” but “rich in the making”. They all hope that one day their ideas or startup will be bought in millions.

Israelis know that their country is not the first target of multinationals. It is an unstable and small (8 millions of people) market. So why invest on it when they still have lots of bigger and more stable places. Multinationals prefer to let the local actors to try and then buy them if it is working. That is why Zabilo is not competing with Amazon to create their own “vitual mole”. An advantage but also a risk : they are the first one on the market so they are still not sure that it is mature one, idea develop in Ocean blue strategy.  In Israel, people are buying a lot on Internet but some sellers are still not ready.

Some keys of success: all is about “multiculturalism, travelling and team work”

Israel is a multicultural country. Yoel has 3 different cultures (Tunisian, French and Israeli one). A common fact for an Israeli: “3 cultures is a minimum here”. Multiculturalism reinforce by the spirit of backpacking.

It is the second nation travelling the most (after France). It could be explained by their compulsory 3-year of army after high school. After that step they need a break and many go alone far away, coming back full of ideas. “Travelling is the best way to stay humble, you have to admit you don’t know”. Liberal professions set as examples during his high school are dangerous because often with titles like “doctor or professor you lose your humility”.

To be humble is also fundamental for a good team-work. Zabilo success relies on the complementary team of the 3 co-founders. Complementary because some opposite personalities can create energy. They were all believing in their idea so directly the day after Yoel finished his master they created their start up Zabilo. How? Only with “a simple contract of caring” sign in their offices- meaning their own flat!

Now they are more than 10, they have real offices and they are profitable! They hope to keep on developing. Currently the middle age of their team is around 24 and they do not see any problem with it. For him, in Israel, it is not an obstacle to be young if you have good financial figures to convince. After it will be a pleasure to hire other people older.

Yoel believes in the efficacy of intergenerational team.!

Whatever the future, he insists on the fact that he is already proud to create jobs. It is a pleasure for him to know that he is helping “to pay social security or retirement of his employees. Proud to know that still young and able to impact on some people’s life”. . Thanks Yoel for your motivation, your inspiration and your help to discover the originality of Israeli society.